on December 17, 2014
Mufti Muhammad Zubair Sahab spoke on Samaa TV with Qutub Bilal on the tragic incident of Peshawar Army School Attack and Killing of innocent children. He expressed his anger and grief on the incident and said that the feeling can not be expressed in words. He also demands an immediate arrest of the Mastermind and that the government would be assumed Killer if it fails. 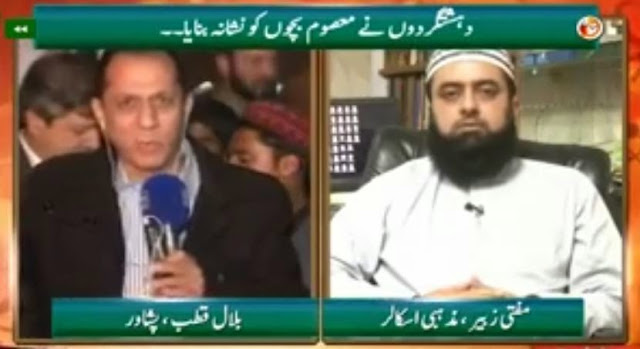 I WISH I WAS A SAHABI! Reply To Those Having This Wish | Ustadh Mohamad Baajour