on April 22, 2015
Dr. Shahid Masood did a series of program with the name of "End Of Time" in 2004 in which he threw light on the predictions mentioned in Quran and Hadith, now after 11 years he has done again the same program with some of the predictions already happened or happening now in current time. This is the Intro of the program and the second chapter aired on 11th April 2015 on News One Channel. 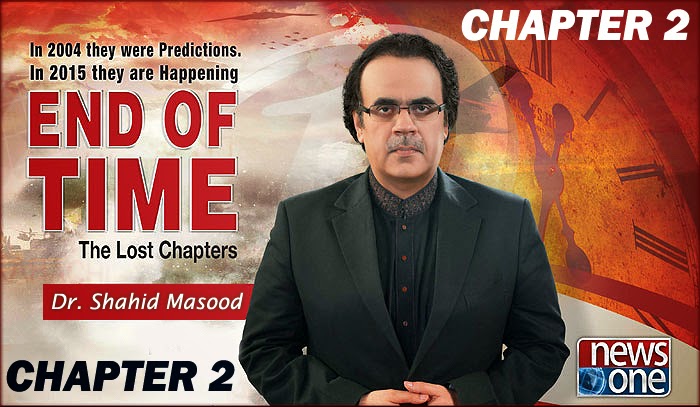